Hello and welcome to my first newsletter/blog post at, A Unique Perspective by Lori Yearwood — me!

People from all over the world have signed up for this blog — from British Columbia to the Netherlands to the United States. That makes me happy, as I hope that at least some of what I’ll be sharing will prompt you to consider a few things in ways you wouldn’t have otherwise.

In that vein, I’ll be using this newsletter/blog to do all kinds of things: Such as giving you a behind-the-scenes look at what goes into creating the national articles I write; to sharing excerpts from my upcoming podcast — I’m super excited about that! —  to publishing a series of articles about the natural healing of my trauma in homelessness.

In today’s post, I want to tell you about the kind of forethought, energy — and yes, worry —  that went into my podcast interview with the estimable American broadcaster, Ray Suarez. Co-published by The Economic Hardship Reporting Project  (EHRP) and The Nation, Suarez hosted a series of interviews  about some of the debilitating forms of poverty in America. Titled “Going for Broke,” the series features the voices of those who are living, or have lived, such experiences first-hand.

I was eager to tell my story, but I was also very aware that I wanted to do it from the perspective of a professional who has overcome those experiences. It is challenging to share both perspectives in a way that urges the listener to remember to give equal credence to both realities.

Yet that is largely, how I have crafted my emergence — through shedding light on my collapse. Throughout it all, my end-goal has become increasingly clear:  To urge people to step into a new thought-construct regarding collapse, a reality with less judgment and a lot more compassionate action.

Thus, in my time with Suarez, I shared my unique perspective as a former journalist who, in 2014, became someone who tried to sleep in shelter beds and park benches and church pews — and as result, barely slept for the course of two entire years.

I’m sure you know how it feels not to sleep for a day or two, how grumpy and debilitating it is. Now consider what it would be like not to sleep more than two to three hours a day for 702 in a row because it is too noisy, or dangerous, or cold to sleep. That’s how long I spent being homeless, how long I went without a decent night’s sleep. 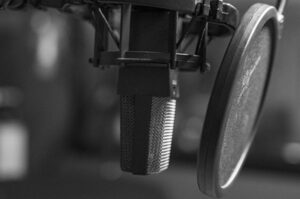 Listen here to my interview with Suarez